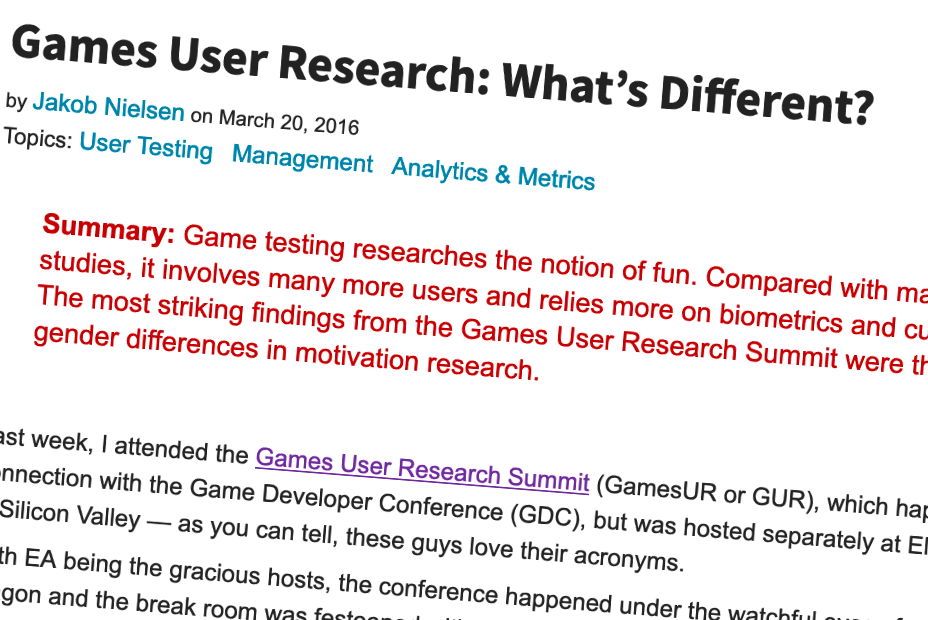 My talk on designing a playtest lab had a certain Jakob Nielsen in the audience. It was subsequently featured in the NNGroup article explaining the myriad differences between mainstream user research and games user research.

Sebastian Long from Player Research in the UK described his company’s playtesting lab: The observation room included a big projection display with reduced versions of 12 users’ screens, as well as a pushbutton switch for observers to select one of the 12 screens to be magnified. […] This need to alternate between surveying many peoples’ broad behavior and detailed attention to a single person’s specific interactions is rare outside games research.